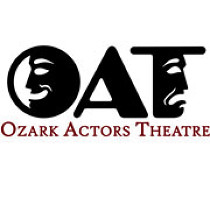 MISSION STATEMENT: We believe that the performing arts are one of the most positive and powerful transformative forces in people’s lives. Ozark Actors Theatre exists to enhance the cultural life and livability of our community through the presentation of professional performing arts and the offering of performing arts education and training.

OUR STORY: Ozark Actors Theatre (OAT), is a hidden jewel in the rolling hills of the Ozarks. OAT is one of only three professional summer stock theatres in out state Missouri.  Located in Rolla, OAT is a non-profit organization.  Founded in 1987 by Gail Andrews-Hintz, a Rolla native returning from New York, and F. Reed Brown; along with a founding Board of Trustees consisting of citizens from Rolla, Cuba, Waynesville and other communities in south central Missouri, the desire of these interested citizens was to bring quality live professional theatre to the Ozarks.

OAT first opened its doors to area audiences in 1988 with the production of Godspell in the historic converted First Baptist Church known as the Cedar Street Playhouse.  In 1989 Ozark Actors Theatre achieved status as an Equity Small Professional Theatre affiliated with the national union of professional actors and stage managers.

The Cedar Street Playhouse became the permanent home of OAT in 1993 when the facility was available for purchase.  Launching a successful campaign for the purchase of the building, the Board was also able to add permanent theatre seating and long-awaited air conditioning.  In 1996, operations had grown to the point where the first full-time managing director was employed.  Since that time, OAT has remained as a positive presence in south central Missouri with its continued growth. Today the Cedar Street Playhouse is in use year round by not only the OAT Company, but also other area groups, providing quality live entertainment, classes and other events for this area.

Since its inception, OAT has received financial assistance from the Missouri Arts Council and has produced more than 100 shows, including a wide range of comedies, dramas, full-scale musicals, and musical reviews.  OAT draws tourists from throughout the state and beyond. The education program offers opportunities year-round for all ages and Summer Theatre Academy for grades 3 through 12. OAT also produces holiday shows, fundraisers, and a Performing Arts Series that brings an even wider variety of performing arts to the community. 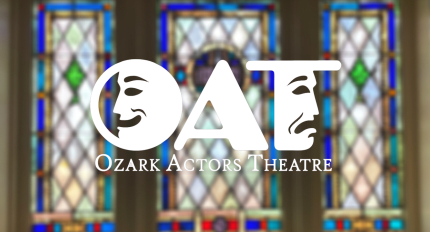 Save The Stained Glass!