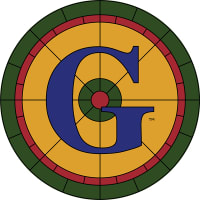 Gillioz Center for Arts and Entertainment

The Gillioz Center for Arts & Entertainment is a 501C-3 committed to preserving, celebrating and creating memories through art and entertainment.

The Center consists of the Historic Gillioz Theatre, a 1,015 seat theater opened in 1926 as a transition house, featuring silent films and live vaudeville performances. The theater evolved into a movie house and ultimately closed in 1980 as downtown Springfield went into decline.

In 2006 the Gillioz reopened and has taken its' place as the most awarded venue in the region, including being named a top 5 venue by the Academy of Country Music, alongside renowned venues like the Ryman Auditorium in Nashville and Austin City Limits in Austin.

Far beyond a live concert venue, the Gillioz has a diverse role in the community. Programming includes film, educational and civic programming and has been home to a regional Emmy award-winning late night television program seen in 17 markets across the country.

In addition to preserving the historic theatre, which was placed on the United States Congressional Registry of Historic Places, the Gillioz has the Gallery, an intimate gathering space located in the center that hosts weddings, receptions, corporate functions and special events.

Projects from Gillioz Center for Arts and Entertainment 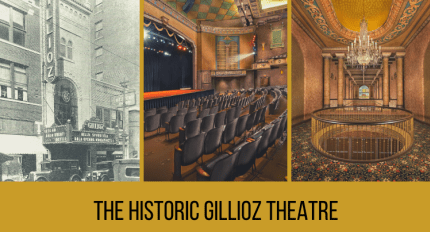 By Gillioz Center for Arts and Entertainment